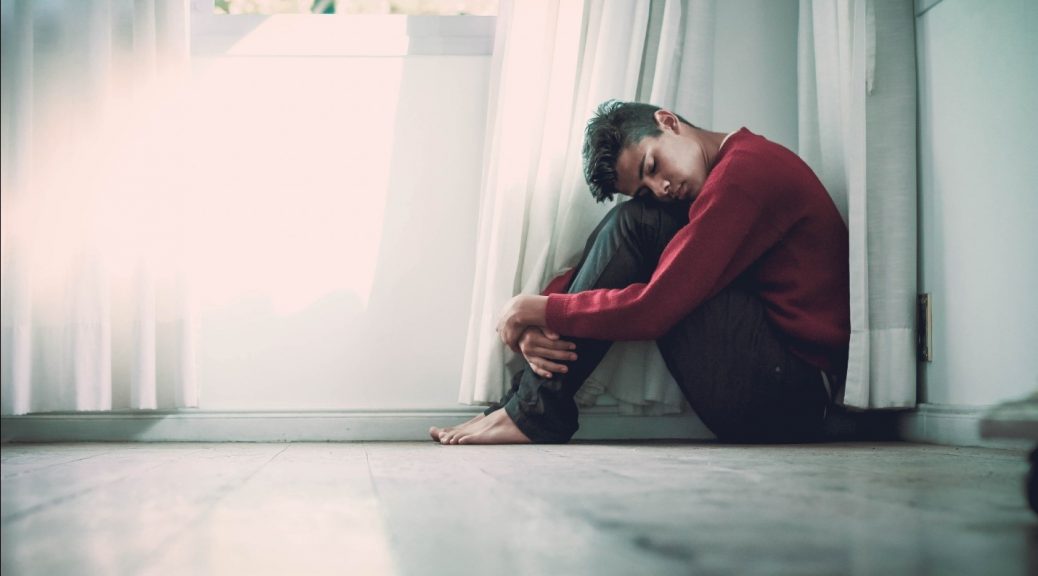 Effexor is the brand name for Venlafaxine – a medication from the class of serotonin-norepinephrine reuptake inhibitors (SNRIs) that is used to treat depression and dysphoric mood that interferes with a person’s daily life.

Due to the fact that Effexor typically has strong side effects, it is generally recommended only to those patients who do not benefit from SSRIs (the most commonly used antidepressants).

In order to be prescribed with Effexor, a patient should be experiencing at least four of the following symptoms and not finding relief from any SSRI medicine:

The medicine helps patients suffering from depression or other psychiatric disorders, like generalized anxiety disorder, get relief from the symptoms and experience improved energy levels and mood by restoring the balance of norepinephrine and serotonin in the brain.

Serotonin and norepinephrine are naturally occurring neurotransmitters that are involved in the regulation of behavior, mood, and emotions.

On the other hand, norepinephrine, also known as noradrenaline, is a stress hormone that controls parts of the brain related to attention and also plays a role in the flight or fight responses. It is also responsible for boosting the flow of blood to the muscles, releasing glucose from the reserved energy in the body, and increasing heart rate in certain situations.

Effexor’s effects on these neurotransmitters mainly depend on the dosage. When taken in smaller amounts, Effexor only blocks the reuptake of serotonin. But, when a higher dose is taken, Effexor prevents the uptake of both serotonin and norepinephrine.

The antidepressant medication is available in the form of an extended release capsule.

The dosage of Effexor varies across patients, depending on the severity of their condition and their body’s response. Usually, doctors start with a low dosage and then gradually increase it as the patient builds a tolerance.

The dosage of Effexor can range from 37.5 mg to 300 mg per day. But, on average, the extended release capsule is prescribed to be taken once a day.

What to Do If You Miss a Dose?

In case you miss a dose of Effexor, take it as soon as you remember. However, you should skip the missed dose if it is almost time for the next dose. Do not take a double dose of Effexor at the same time to make up for the missed one.

What Should You Do In Case Of an Overdose?

If you mistakenly take too much of Effexor, immediately call you doctor, seek emergency medical treatment, or call a poison control center.

How Should The Medicine Be Taken?

The medicine should be taken orally with food, at the same time every day. Do not crush, chew, divide or dissolve the medicine in water. However, if you have difficulty in swallowing the capsule, you can sprinkle its contents onto a spoonful of apple sauce and immediately swallow it without chewing. Also, drink a glass of water immediately after taking the medicine.[1]

How Long Does Effexor Remain in the Patient’s Body?

The amount of time for which the drug stays in a patient’s system depends on the dosage. Effexor has a half life of about 5 hours (+/- 2 hours), which is less than that of most antidepressants.

This means half of the taken dosage is cleared from a patient’s system within the first 5 hours of administering it. It will take the body another 5 hours to clear half of the remaining amount from the system. This process continues until the patient’s body is completely free of the drug.

In addition to the dosage, some other factors also play a role in determining how long the body takes to flush the drug out of the system. These include age, liver function, genetics, and body composition. It is due to these factors that two people taking the same dosage of the drug at the same time may require different amounts of time to fully clear the drug from the system.

Possible Side Effects of Effexor

Just like all other prescription medicines, Effexor should only be taken when and as prescribed by your doctor. While most people do not experience any major side effects when taking Effexor, sticking to the prescribed dosage is recommended to avoid misuse, overdose, or addiction. However, in some cases, the side effects may occur even when the medicine is taken as recommended.

Common side effects of Effexor include:

Effexor may also cause an increase in the blood pressure, so it is highly important to regularly check your blood pressure while you are taking this medicine.

Serious Side Effects of Effexor

In rare cases, Effexor may cause some serious side effects. These include:

Although it’s rare, Effexor may possibly cause an increase in the levels of serotonin in the body and could lead to ‘serotonin syndrome’. Therefore, it is important to be cautious of the symptoms you experience while taking venlafaxine and immediately consult your doctor if you experience any serious effects or symptoms that don’t go away within a few days of starting the medicine.

Following are some of the common symptoms of serotonin syndrome that you should watch out for when taking Effexor:

Just like all other antidepressants, taking Effexor for a long time can create dependency.

As it has long been identified by the Federal Drug Administration, antidepressants may also increase the risks for suicidal thoughts and/or suicidal attempts among patients.

While some healthcare professionals refute this claim, some believe that long-term use of antidepressants can lead to the development of type II diabetes.

In view of all these factors, it is highly important to be careful in using Effexor or any other anti-depressant and immediately report to your doctor if you experience any negative effects.

While this antidepressant medication is not known to cause addiction like some other drugs, patients may develop a dependency on the effects. This is more likely to happen when antidepressants are taken without a prescription or when wrongly prescribed.

Following are some signs and symptoms associated with Effexor misuse, so if you or a loved one is taking the medicine, it is important to be vigilant for the following signs:

Who Should Not Take Effexor?

Effexor should be avoided during pregnancy, especially during the last three months, because it can cause harm to the fetus.

Effexor has also been found to transfer into breast milk and hence, should be avoided by nursing mothers.

It is important to tell your doctor if you are pregnant, planning to get pregnant, or a nursing mother. Since Effexor can cause developmental damage to the baby, especially in the long-run, it is only prescribed to pregnant and nursing women when severely needed, even then for shorter periods.

You should also avoid Effexor if you are suffering from uncontrolled angle-closure glaucoma or are allergic to any ingredient present in Effexor.

Since many medicines can interact with other drugs and cause negative effects, it is important to tell about all the medications you are already taking whenever you go to a doctor for any problem.

Effexor may interact with many over-the-counter and prescription medicines and hence, should be avoided to be used with them. For example, taking Effexor with blood thinners, like Aspirin, may cause bruising and bleeding.

NSAIDs, like naproxen and ibuprofen, should also be avoided while taking this antidepressant medicine.

Medicines that fall into the category of inhibitors and inducers can affect the metabolism of Effexor by interfering with the enzyme that is responsible for the task. Inhibitors reduce its functioning whereas inducers cause enhanced activation of the liver enzyme that metabolizes Effexor.

Effexor can also interact with the medications used for:

The medicine should also not be used with:

Do not take Effexor if you are taking or have taken, within the last 14 days, any medication that falls into the category of monoamine oxidase inhibitors (MAOIs).  MAOIs should also not be taken within 7 days of discontinuing Effexor. Methylene blue and linezolid are some of the common MAOIs.

If you have not already been registered with a prescription assistance program, visit the Pfizer Rx Pathways’ website, enter the name of the desired medicine, and answer a few questions to find out the right program(s) for you.

You can also check out the eligibility for Pfizer Patient Assistance Program at RX Assist’s website.

Since Effexor is manufactured by Pfizer, Pfizer Rx Pathways provides prescription assistance for the medicine.